The State of Cannabis and 2021 Predictions

Welcome to 2021! The world has not ended yet even though it feels like it. With a new administration in the White House and the pandemic still lingering, we must be grateful that there’s a light at the end of the tunnel. What does this new year have in store for us? We’ve got some 2021 predictions for cannabis and the industry to share with you.

Dispensaries were deemed essential in 2020 during the pandemic lockdowns, and Colorado locations saw record breaking months throughout the year.  This is meaningful and changed the game, paving the way for more legitimacy across the board. With this increase in demand and corresponding supply the industry saw massive income booms while simultaneously dealing with navigating pandemic regulations. Also in the later half of the year Congress voted to decriminalize cannabis federally. Now that the Democrats have control of what bills are brought forward for a vote in the Senate we have the potential for another meaningful vote.

Finally, five new states voted for legal recreational programs in November. With these votes, 1 in 3 Americans now live in a state where recreational marijuana is legal. The new states, New Jersey, Mississippi, South Dakota, Montana, and Arizona are gearing up to launch their individual statewide cannabis programs. 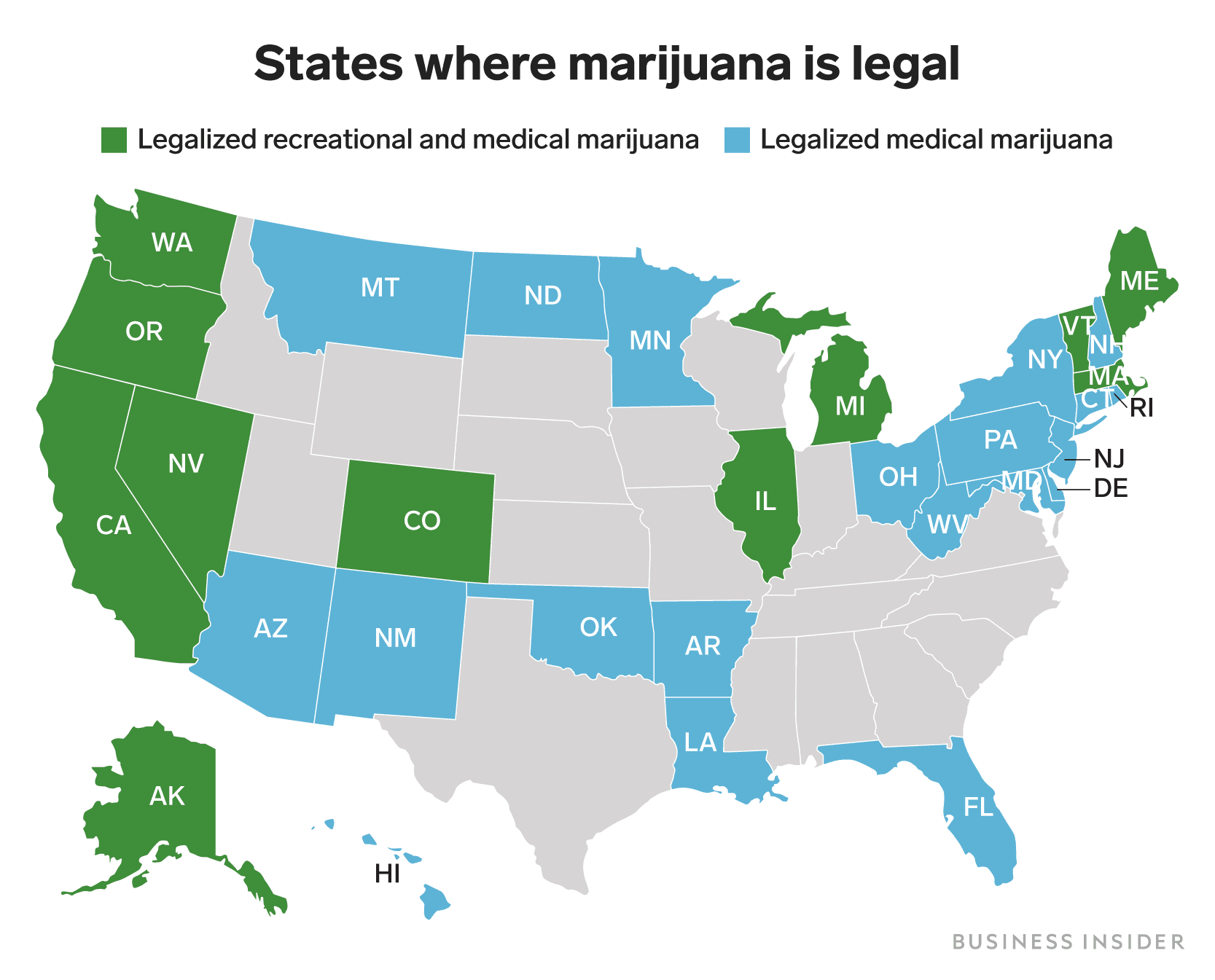 The five new states who voted for recreational programs in November may not come on board as quickly as they’d like because of pandemic. From what I have gathered, programs in South Dakota, Montana, and Mississippi will be delayed due to vaccine rollout. Because these three states do not have a medical plan to build off of, creating a program from scratch will take resources. The latest news is the state of Mississippi is geared up to roll out their licensing in April, and are looking to create an open market similar to programs in Oklahoma and Michigan. It appears that South Dakota regulations will be complete by the first quarter of 2022 and hopeful by that year’s end cannabis will be accessible in the state. As for Montana’s medical program, it appears things may be held up due to the pandemic, but the acknowledgement that those suffering from severe ailments  will be able to easily gain access to cannabis in the future is very promising.

Meanwhile in Arizona we are already seeing a mass consolidation of dispensaries pre-launch of a recreational rollout. With the progression typically being medical and recreational Arizona is scaling up in preparation for the demand.

I believe New Jersey’s recreational program will be one of the strictest considering the nature of it’s already tightly regulated medical program. It has the potential of being one of the biggest markets in the country, considering it is in the center of a dense population. I am keeping an eye on New Jersey and believe it will be especially slow to roll out considering the implications of its proximity to New York state and New York city. If Jersey can roll out successfully with a well thought out program it will force New York to vote to come on board, and it might also force Pennsylvania into a vote later this year for an Adult Use program. In addition, with Pennsylvania’s limited license market, and the inability to support a recreational program with their current infrastructure we hope to see more licenses roll out in the state. 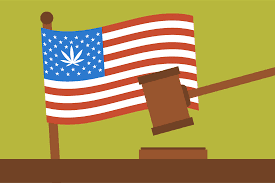 Even though the Democrat majority house voted for decriminalization, the party’s razor thin majority in the senate may not even take up the bill for a vote. Getting additional Republican senators onboard to pass the bill will be a feet, and it is unclear if president Biden will sign it into law. We have our fingers crossed with Harris on his team, as he has stated in the past that he would be for decriminalization. Ontop of party and individual sentiment we may not see a schedule change this year simply due to lawmaker’s focus on the pandemic. However once the pandemic is under control, we hope to see more attention turned to cannabis programs to restimulate the economy toward the end of 2021.

With continued reluctance and uncertainty on the federal level we will likely see more states bringing forward programs for a vote in the next election. The question then remains: what is the tipping point of states with recreational programs for there to be change at a federal level?

Federal Cannabis Legalization: Not Without its Challenges

The challenges of federal legalization (when we get there) are far reaching. To start, this slow roll out of states voting for their own programs means that cannabis regulation is disjointed from state to state. I believe that states are going to want to hold on to their individual programs to restimulate their economies. And thus, I believe the federal government will adhere to state run programs. In addition, the federal government at this time does not have the resources to mobilize a national program, but does have the power to legitimize the cannabis industry and this is how…

Starting with banking, with federal decriminalization we may see the federal banking loosen up restrictions. At this time, cannabis businesses are utilizing state credit unions at an exorbitant rate per month. In addition, decriminalization should trigger a rescheduling of the plant from being a schedule 1 drug, which will in turn nigate tax clause 280E. This tax currently does not allow cannabis businesses to take basic business tax right-offs for a federally illegal (schedule 1) substance. With an opening of federal banking, I believe we will see big business enter into the space and in turn mass consolidation across the board.

Bigger picture productions, when we do see federal rescheduling, I believe that cannabis regulation and distribution will be similar to alcohol. There will end up being a federal agency to regulate a national program and states will have to enforce not only their own rules in regards to packaging, tracking and distribution but a national standard as well. I think distribution will be privatized like alcohol with large distributors like Southern Glazer’s Wine and Spirits for large cannabis brands. This will likely remove verticals on a large scale. We’ll still see craft cannabis like we see craft breweries where you can taste and purchase bespoke strains from local growers/breeders but the masses will likely purchase from big box manufacturers.

As more states come on line, and want to keep their own programs, more questions will be raised on a federal level in regards to things like regulation of product moving over state lines. As someone who deals with out of state tourists seeking plant-based alternatives for medical ailments, I am looking toward federal decriminalization so people will be able to transport products over state lines. In addition, the hope is that they will eventually be able to order refills to be sent in the mail. We probably won’t see borders open up for a while, but with a potential national program on the horizon in the next 4 years, I believe the future is bright for all people to have access to this remarkable plant. 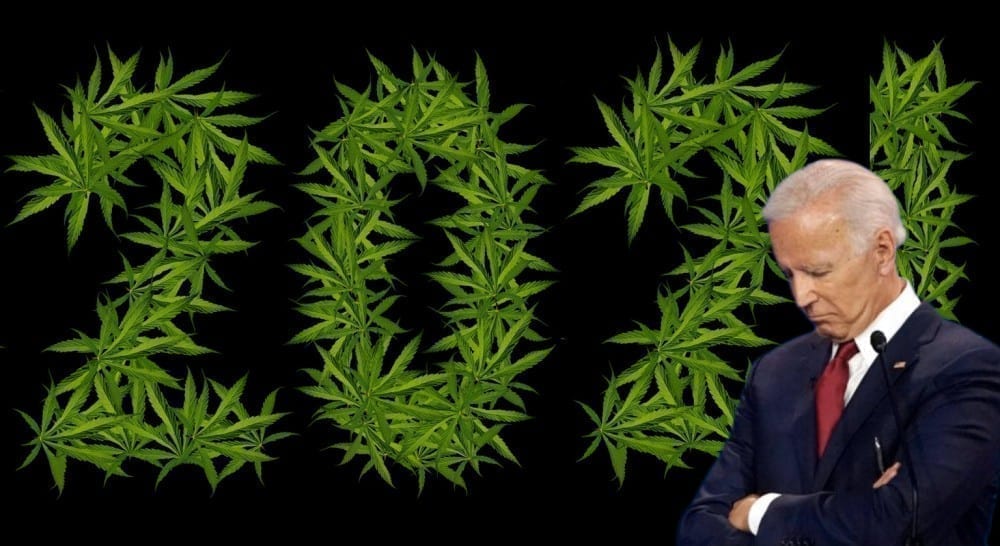 This leaves us with more questions to consider:

When decriminalization and rescheduling happens in 2021 (or most likely beyond) we’ll have some big questions to answer:

What does this mean for incarcerated people with non violent cannabis offences?

We hope to see these people are let out of prison and have the ability to enter into the legal cannabis industry.

Marketing and advertising through mainstream channels? Will this be regulated like alcohol or pharmaceutical medications. It will be interesting to see cannabis commercially in the future for lets say, glaucoma. As your doctor about cannabis for your glaucoma?!

How quickly will big business enter and take over?

What are your thoughts on the futures of cannabis legislation in 2021 and beyond?